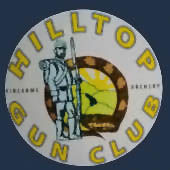 Q. When was Hilltop Gun Club founded, where, why and by whom?

A. Hilltop Gun Club was founded in 1947 in New Marshfield Athens County Ohio by the Founding Members of Gilham –  Frank VFW Post 8804. Returning Veterans from WWII needed a place to meet with fellow combat war veterans and to “Get back on the Trigger” as a means to deal with the stress of being in combat for months and years. The VFW Combat War Veterans bought a piece of land then developed it into a Skeet and Trap and rifle range which was the place to be for decades in the little town. Saturday night was hopping with cookouts, comradery, shooting, family fun and at times a bit of White Lightening was known to be sipped.

Q. Why is Hilltop Gun Club private and exclusive?

A. The Founding members set up the club so that at first the only way to become a member was to be a Combat War Veterans and belong to the VFW. Those standards were relaxed in the 1960s to include non combat war veterans, friends of the VFW and eventually private members by invitation only. To this day the club is private and exclusive and only open to the public by invitation and testing. The Founding Fathers felt that to belong to the Club that a new member want to be they should have to pass various tests and be voted on by the Membership Committee then the Club Officers and finally the Chief Instructor. To this day Club Officers do not want shooting mistakes made on the range by an unqualified shooter.

Q. What are the requirements to be a member of HillTop Gun Club?

A. That is a good question. 1. find the application on our website or ask for one to be handed off or mailed. Fill it out in its entirety and return it to the Chief Instructor. 2. The Chief Instructor will interview the Pledged Member for the Membership Committee and pass his recommendation to them once the Pledge makes their payment in full. 3. The Membership Committees studies the Pledges application and passes their recommendations onward to the Club Secretary and President. Once that happens the Pledge is asked to come meet one or more of the Club Officers at the Firing Range. 4. Questions will be asked of the Pledge then a Shooting test is required. Once the shooting test is complete then a history class is given. 5. Officers vote in front of the Pledge if they did or did not pass the tests.

Q. What are the tests composed of ?

A. The Pledge will be asked questions about general firearms fundamentals, what do they intend to do for the Club once becoming a member and then a shooting test. The shooting test is easy but meant to find out if the Pledge can hit the inside of a barn while standing inside shooting out. The Shooting test is as follows:

2. 5 Shotgun slugs at 185′ shooting down hill. Shoot from Standing – Prone and Setting

3. 100 Pistol rounds as Close Quarter Combat distances. This is a Combat and Tactical Shooting test conducted by the Chief Instructor.

Pledges must score 75% to pass and can retake the test

Q. What is the History Class about?

A. The Chief Instructor or another Club Officer will take the Pledge through the Property and tell about the history of Post 8804, the Founding Members, current members and what the Founders wanted for the Club to be in the future. Also the Instructor will tell about 3 former (Deceased) members that went on to win the Olympics and many State and National Championships.

Q. Does the Club offer training and classes to the public?

Q. What’s up with the Firing Range being inside of a Nature Preserve.. What can you tell me about that?

A. The Founding members were Environmentalists before the word was invented. For the past 7 decades members have always strived to be good stewards of the land. Our current Chief Instructor actually owns the club and range and is a genuine Hippy from the 1960s and 1970s and felt that the range needed to be more than just a place to shoot guns. The Nature Preserve is a United States Department of Agriculture registered farm which includes a Butterfly Habitat, 1.5 miles of hiking trails, a rentable cabin, a wetland, 2 ponds, a creek, a place to hunt and a meadow with 0 lights anywhere for Stargazing. The Preserve also has swaths of land set aside for animals and bird growth and sanctuary.

Q, Do I have to join the Hilltop Gun Club to compete in the Pistol Shooting Competition?

A. That’s an excellent question Ed and thank you for bringing it up. The Answer is no. No one has to be a member of our private club to compete. All of our competitions, including pistol- rifle-shotgun and archery are open to the public. We hope to see you July 16th 10 to 2 at the Pistol Shooting Competition.

Want to ask a question to be added here? Send an email to Kevin Martin at kevinmartin.1952@gmail.com.